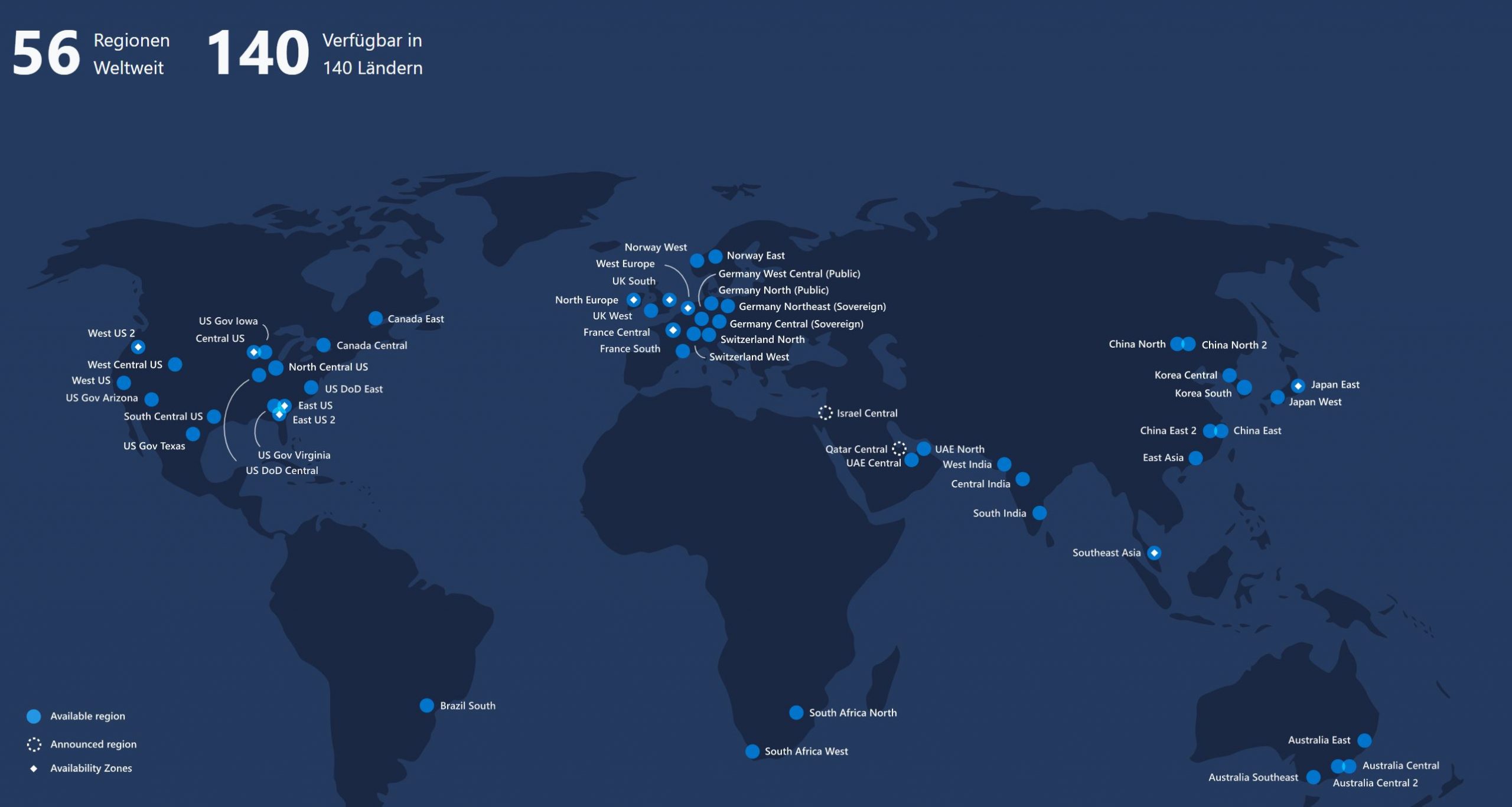 Office 365, Dynamics 365 and also Microsoft Azure from Germany with the global cloud connection is now officially available for all new customers from Germany.

The Microsoft Cloud from Germany – the second attempt

After the failed attempt of a Microsoft Cloud Germany (MCD) as an isolated Governance Cloud solution in Germany, the Microsoft global Cloud from Germany was officially opened for all customers on February 20. The decision for this global cloud solution without a data trustee was made after intensive discussions with the customers, who placed all functionalities of the global cloud and the price level well ahead of the 25% more expensive compliance model with only 40% of the functions with the data trustee. It should also be noted that the construct with the data custodian has never been reviewed by courts or recognized as a compliance concept by all data protection authorities (except the Bavarian data protection officer for EDU).

So it now fits in with Microsoft’s strategy of building local data centers and putting them into operation that there is now a global data center in Germany with two new regions in addition to Switzerland, France and the UK.

The old regions of the MCD are no longer bookable today:

This means that we currently have 4 data center regions in Germany and 14 regions in Europe.

For the Microsoft Cloud from Germany (Azure, Office 365, Dynamics365) the usual global contract construct applies. This MCD-Global does not have a trustee model with Telekom International GmbH.

Compliance in the new German Cloud

The offer from Germany should primarily be an improvement in compliance, but also in latency and access. In addition, there is a certain sense of construction and the possibility of fulfilling requirements of partner companies that data must be processed in Germany.

In the global Microsoft Cloud Germany the parameters of the global cloud and also the corresponding certifications apply. In the future, there will be no difference primarily with the other global data centers.

Nevertheless, there will be differences, so that some certifications, for example BAIT (BaFin) for banks and insurance companies, will only be available in the global Microsoft Cloud Germany. It is therefore advisable for regulated companies to move to Germany in order to be able to use the certifications.

In terms of data protection, Microsoft has improved with the new DPA attachment, compliance score and many additional features and GPOs. However, the contractual challenges and also challenges in relation to the Cloud Act remain.

The fundamental question is whether anything will change compared to the use of the cloud from Amsterdam and Dublin as opposed to the solution from Germany.

When looking at the Treaties, nothing changes, and this also applies to the risks and challenges with the treaty construct. The challenges associated with the Cloud Act also remain. Only for regulated companies due to the additional certifications and companies with the requirement to process the data in Germany can a move to Germany be worthwhile.

Published in All, Cloud and Office 365