As already described in previous articles, users of the Ubuntu operating system were pleased with the audio and video functionality or even the screen sharing possibilities via the Chrome Browser. However, the desire remains to get a native Microsoft Team client for Linux distributions.

This wish has now been granted and officially announced at Microsoft Ignite 2019.  There will be a Linux client for Microsoft teams (Red Hat / Debian).

Unfortunately, the client was not yet on the Ignite for the public to see. However, there is already a Private Preview Program and many testers. We test the client with various functionalities, so that all functionalities are available for the upcoming productive use, as with the Windows client.

Thus the wish of many development departments, which mostly work on Linux distributions and used to work with Slack, is fulfilled. Since Slack and teams cannot communicate together, these departments were cut off when the company switched to Microsoft teams.

Get the Linux Client 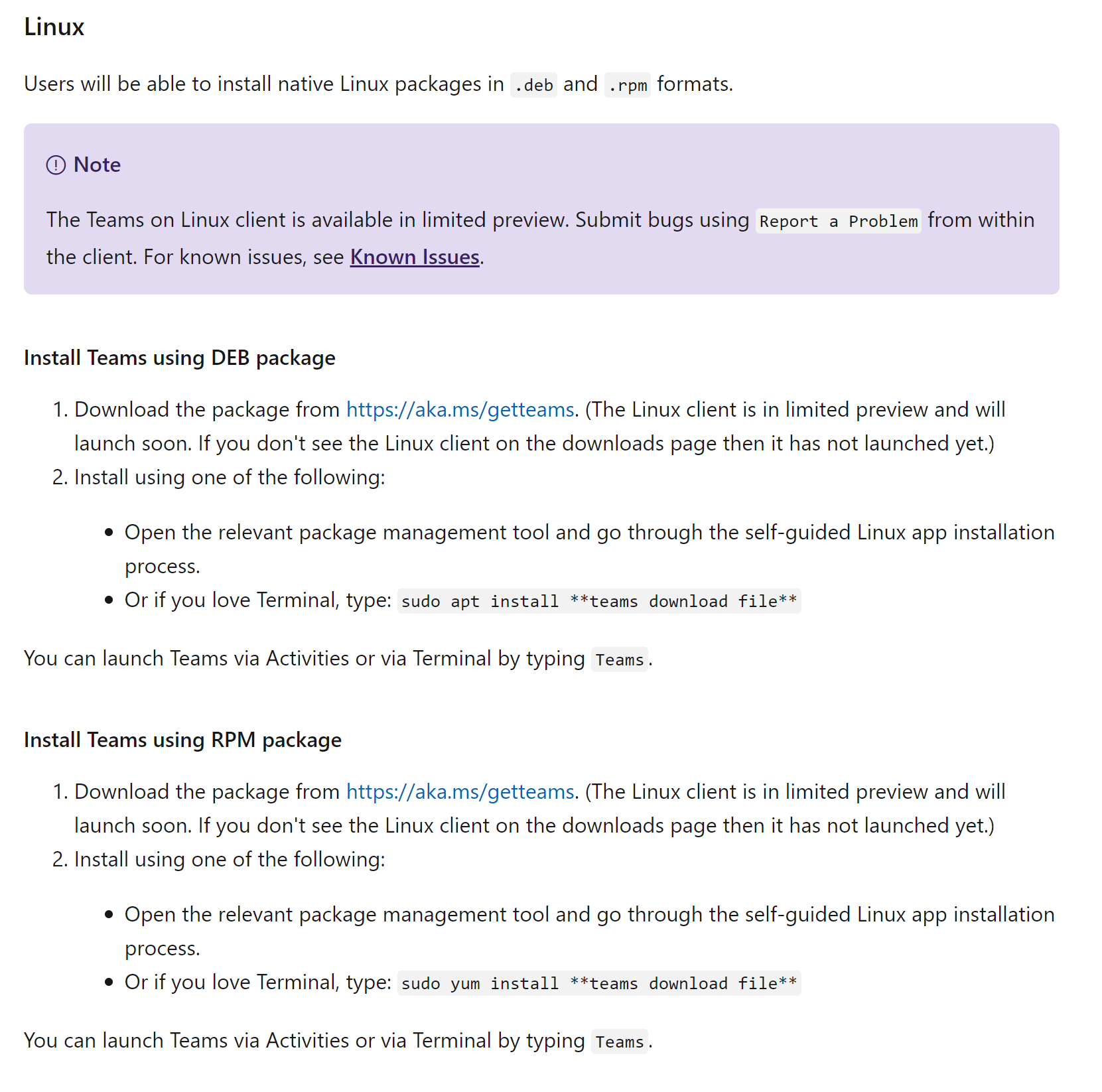 and from the Admin Center 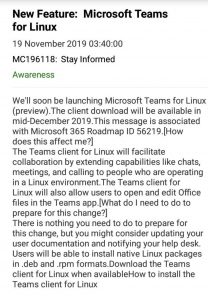 Published in All, interesting and Office 365