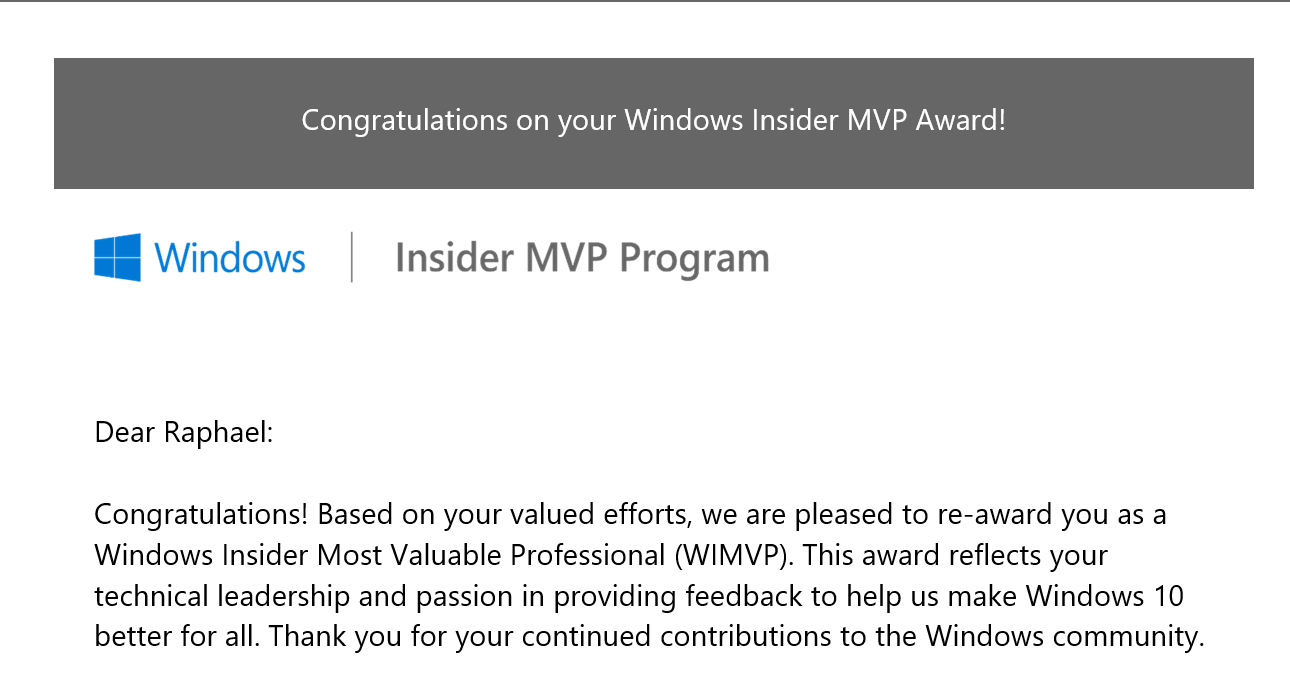 Always in January it gets exciting, because this is one of three rounds in which new and existing Windows Insider MVPs are appointed. So I was appointed again this year.

Some are probably wondering what you do as a #WinMVP and where the focus is. The Windows Insider Program is a spin-off of the classic MVP program, just like the XBOX MVPs are. That’s why you can wear this title next to your MVP title.

The content is of course about Windows 10, the latest features, collecting and passing on feedback and wishes and being the ear of the Windows team. There are often many discussions and heated to functions and this also not only positive feedback is recorded and flows in.

We also often meet directly with the developers of Windows 10 and individual products, but do not only do this, but also talk about topics such as Working from Home, support of groups, ethical issues and the future of operating systems in general (eg, let “Win10 become open source and free”, it makes sense? Who pays the costs, etc?).

Furthermore, we take care of communities, as I do the Windows Insider and Windows 10 community here in Germany, which was founded back in 2014. This now has almost 9,000 members and is constantly growing by 100 members per month.

Join the community and get involved!